The world was still reeling from the effect of the global Spanish flu pandemic when His Royal Highness Prince Edward, the Prince of Wales, officially opened Ballarat's Arch of Victory on June 2nd, 1920.  Now, exactly 100 years later, centenary celebrations are being limited by the COVID-19 pandemic.

The Arch of Victory, one of Ballarat's most iconic structures, stands at the entrance to Australia's longest commemorative avenue of honour.  Across Australia, the Arch is recognised as a symbol of Ballarat but it has attracted international recognition and status.  An exhibition in the world's most famous arch - the Arc de Triomphe in Paris - features a display of significant arches across the world.  It features just one in Australia - Ballarat's Arch of Victory. 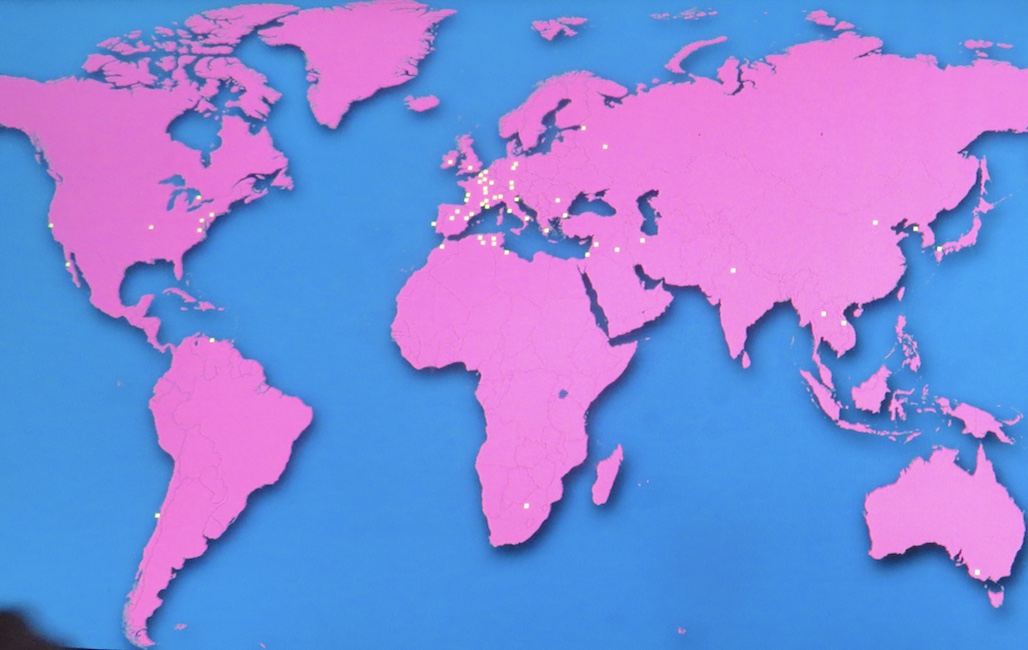 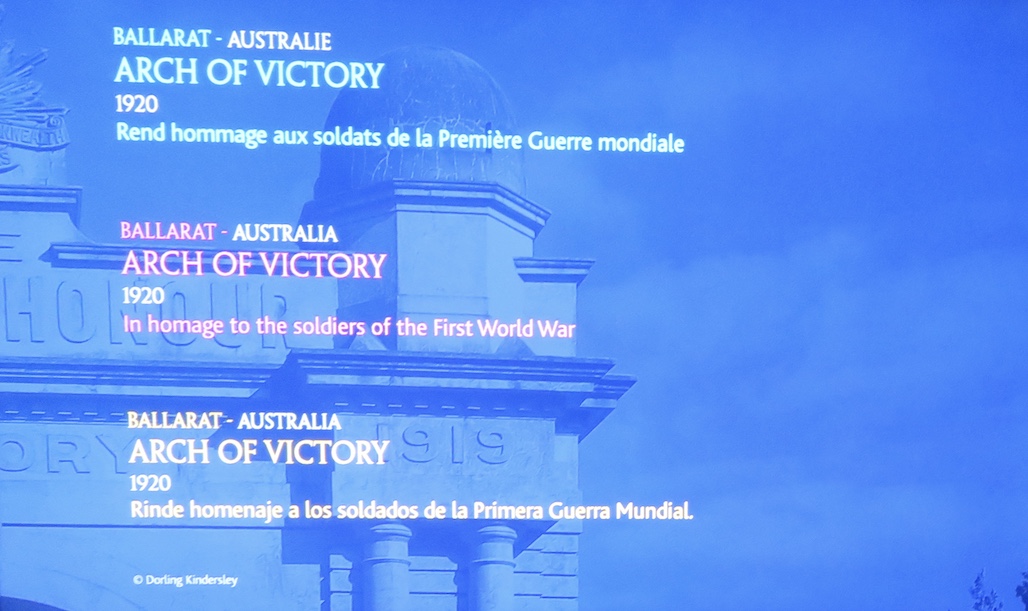 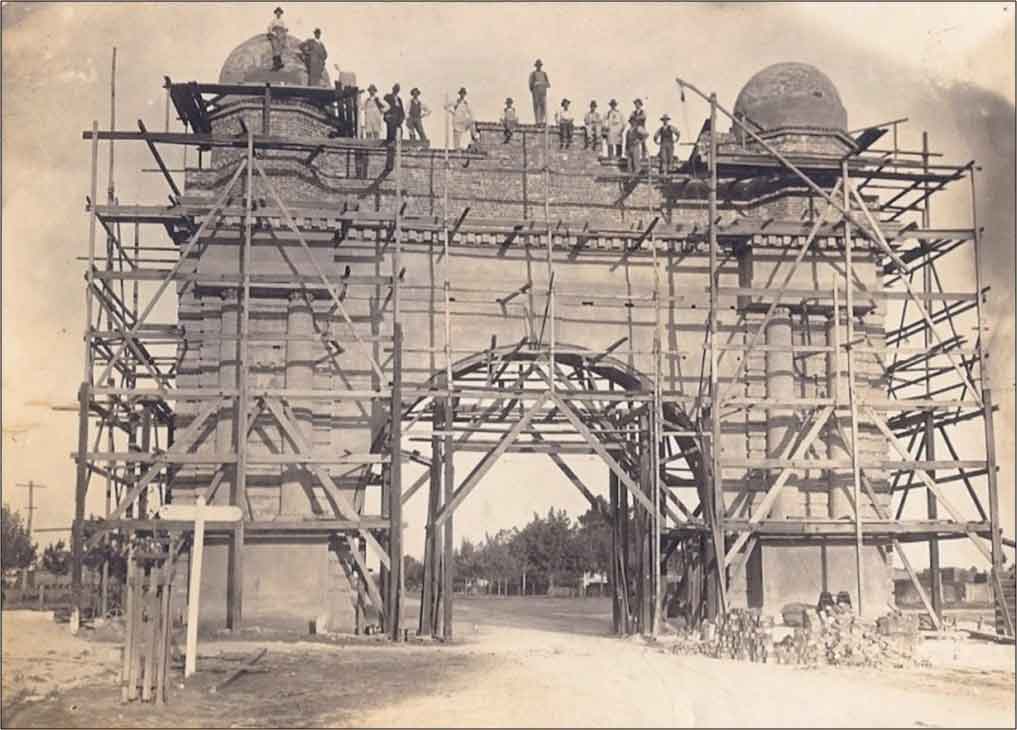 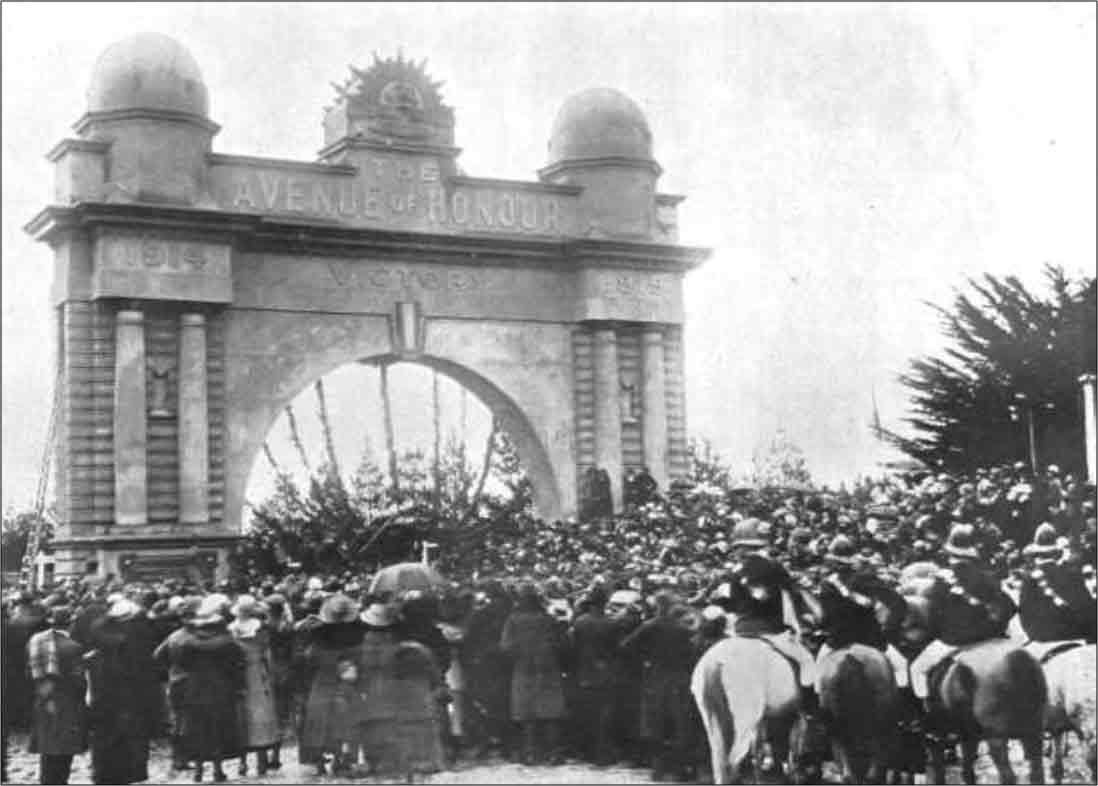 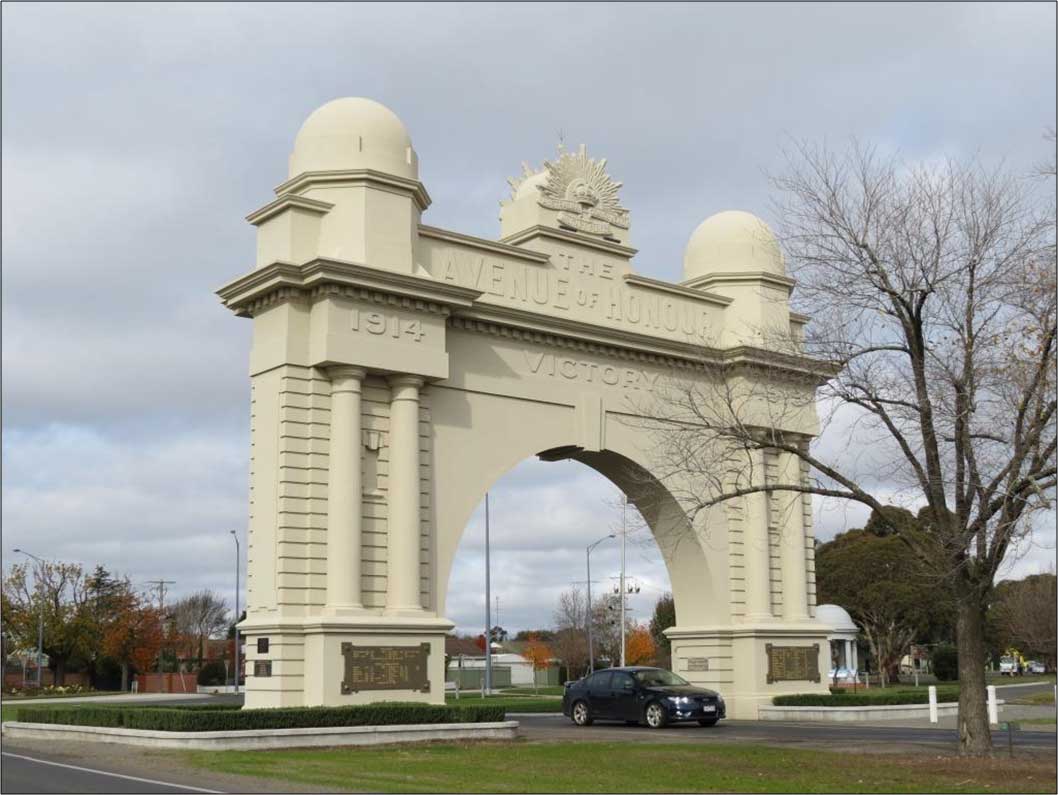 Garden of the Grieving Mother

The Garden of the Grieving Mother is adjacent to the iconic Arch of Victory.  The garden, with its central statue of a grieving mother clutching the photo of her lost son, is an area of quiet reflection that balances the commemorative purpose of the adjacent Avenue of Honour, by encouraging contemplation of the impact of war on the families of those citizens whose service and sacrifice is commemorated.

Of the 3801 servicemen and women commemorated in our Avenue of Honour, 757 soldiers and two nurses made the ultimate sacrifice, giving their lives. Many hundreds of those who came home still had their lives irreparably damaged by the physical and psychological wounds they had suffered. Families were left grieving for loved ones who did not return, or for loved ones whose lives had become shadows of what they might have been. Parents, siblings, neighbours and friends all shared the grief and sadness, but there is no stronger human bond than that that exists between a mother and the children she has carried, given birth to and nurtured.

Our Avenue, the longest commemorative avenue in Australia, commemorates 53 pairs of brothers who lost their lives in the service of their country, which meant 53 mothers who experienced the crushing grief of losing two sons. Among these brothers were the Moore twins, Clement and Ina, who were born on the same day and killed in the same battle in France, and the Sells boys, Samuel and William who died on the same day at Lone Pine, Gallipoli. There were also the Tait brothers, Robert and Lawrence, who died two weeks apart in the last month of the war, their mother learning of the loss of her sons at the same time she learned that the war was over. When the news broke that the Armistice had been signed and the war was over, Nurse Anne Donnell recorded in her diary her inability to embrace the celebrations because ‘in the gladness I am saddest because I think of those who are lost, the mothers at home whose boys are not going back to make them glad.’

The Grieving Mother statue was created by Australia’s pre-eminent commemorative sculptor Peter Corlett. It stands as a permanent memorial to the mothers and families at home who experienced the grief and deep anxiety that is the consequence of war. The grieving mother is not an identified individual; she represents every Ballarat or Australian mother who has ever lost a son or daughter in the service of our country. She also represents the wider families, the fathers, brothers and sisters, who have been left grieving the loss of a loved son, brother or sister. The Garden of the Grieving Mother provides the perfect balance between the rightful commemoration of service and sacrifice and a profound caution that reminds us of the consequence of war.

Adjacent to the Arch of Victory on its south side are the Memorial Wall and Rotunda which each list the service men and women who are commemorated in the 22 kilometre long Avenue of Honour.

The Rotunda was originally located 180 metres to the west of its current location but was moved in 1993. Its central pedestal provides an alphabetical listing of those commemorated in the Avenue of Honour along with their plaque number.