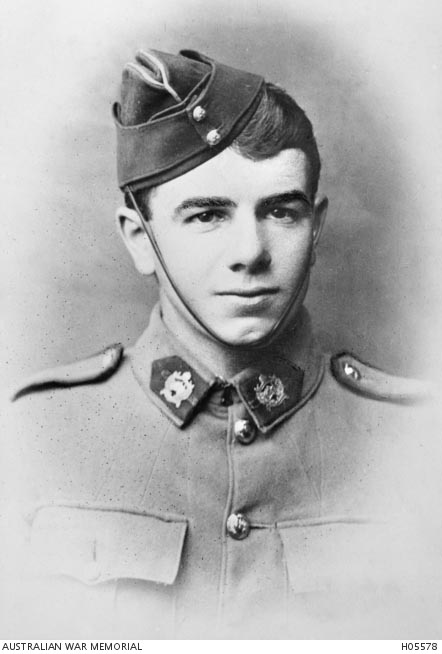 Do you know more? You can share your personal stories and photos on the ANZAC Centenary website.

Ernek Valdemar Janssen (SN 359) was born in Ballarat, but enlisted from Mentone on August 15th 1914. The 23 year old, unmarried storeman joined the 5th Infantry Battalion and, alongside his brother, was part of the first landing at Gallipoli. He was killed in action during the attack on Krithia at Cape Helles on May 8th 1915. He was to be recommended for bravery by an officer of the 7th Battalion for assisting the wounded. His body was never recovered and his name appears on the Helles Memorial.

His brother Carl was also killed at Gallipoli and is honoured with a tree in the Avenue.

Location in Ballarat Avenue of Honour