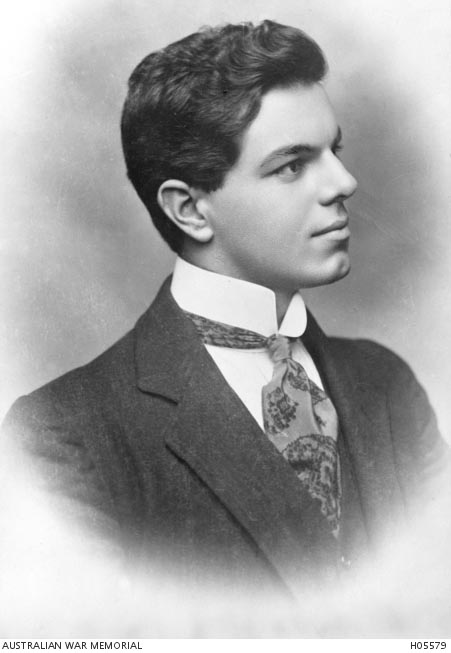 Do you know more? You can share your personal stories and photos on the ANZAC Centenary website.

Carl Wilhelm Janssen (SN 757) was born in Ballarat but enlisted from Mentone on August 18th 1914. Single, 26 years old, and employed as an engraver, he joined the 5th Infantry Battalion as a Lance Corporal. Alongside his brother, he was seriously wounded in the landing at Gallipoli on April 25th 1915, and was being evacuated to Egypt the following day aboard the City of Benares when he died of his wounds. He was buried at sea between Gallipoli and Alexandria and his name is recorded on the Lone Pine Memorial, Turkey.

His brother Ernek was also killed at Gallipoli and is honoured with a tree in the Avenue.

Location in Ballarat Avenue of Honour